0 Comments
As seen in W Magazine.

While 2017 seemed like the year of endless platinum blonde transformations, from Selena Gomez‘s choppy lob to Karlie Kloss‘s polished waves, actress Daisy Ridley is officially carrying on the beloved Hollywood trend into the new year. As the latest actress to cross over to the blonde side, the Star Wars: The Last Jedi actress has officially taken the plunge and ditched her honey brown brunette locks for a natural golden blonde hue. 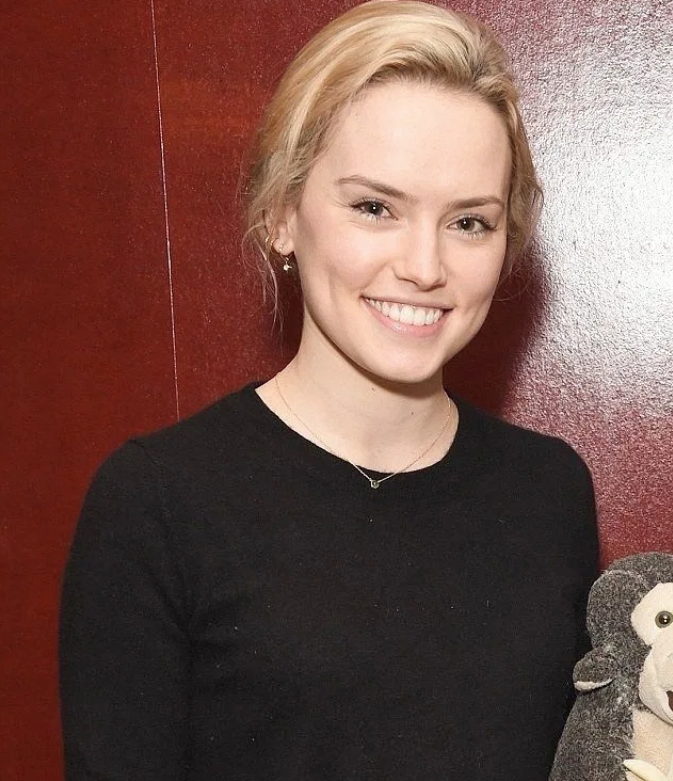 Stepping out in London last week to attend the Incredible Women Talk Evening with Dr. Jane Goodall hosted by Porter magazine and celebrate the screening of the BAFTA nominated documentary, Jane, Ridley quietly unveiled her latest hair transformation. The dramatic hair changeover was a subtle reveal for the British beauty, who kept her look causal at the screening in a minimalist all blacktop and pant duo. She further flaunted her simplistic style by wearing her newly dyed locks with pieces of lighter blonde pieces on top in a side-swept, tousled low bun with loose curls framing her face.

Taking a cue from hairstylist Sharon Dorram‘s 2018 hair color predictions, Ridley proved to be right on time with her winter hair makeover. “Contrary to the trend of going darker in the fall, I like to brighten highlights with a little pop around the hairline”, Dorram revealed, adding that,”Blondes will have contrast, yet less of an amber, softer tones more like children’s hair.” And while the 25-year-old’s red carpet moments of the past have consisted of her signature brunette wavy bob or sleek updos with sultry smoky eyes, the Star Wars: The Force Awakens star’s new understated makeover is not to be ignored, further proving that golden blonde is the new platinum. She’s also not the only intergalactic star going over the, well, light side—Emilia Clarke, star of the upcoming prequel Solo, recently dyed her brunette hair to a Khaleesi-approved shade of blonde.

How to Remove Hair Dye Stains From Your Skin and Face
As if by magic! Taylor Swift reveals her famously curly hair straightened out naturally as she got older - and admits she misses her once-wavy locks